In 1958 he was asked by the famous cyclist Raphaël Géminiani to build him a bike for the upcoming Giro d’Italia. Following on from this initial interest, De Rosa bikes became a fixture in the professional peloton of the 1960s.

It’s the 1973 when De Rosa becomes the Molteni official bikes supplier, the team where the legendary Eddy Merckx runs and he personally chooses Ugo De Rosa as his personal mechanic. The personal relationship with Eddy Merckx will be of a crucial importance for Ugo and for the future of De Rosa company, since the study of the performance and the precision of both lead to improvement that had been unknown until then. A few years later, Ugo De Rosa builds the bikes for Francesco Moser (that would win three Paris- Roubaix with those bikes).

In 2020, De Rosa became an official supplier of road bikes for Cofidis, a World Tour team. This has led numerous victories as well as a to a stage win in the 2021 Giro d’Italia for Lafay. 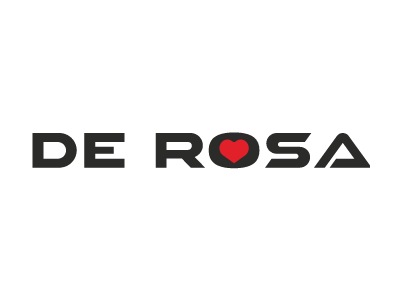